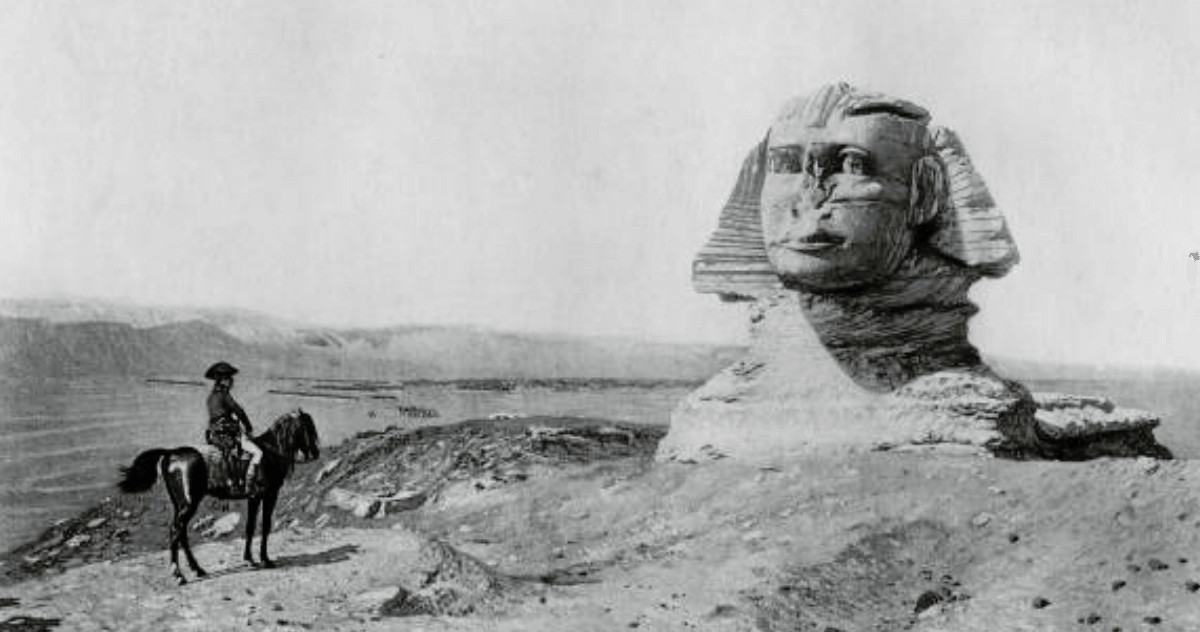 Yes, Europeans have attempted to whitewash history and remove Black folks from it, but they used much more sophisticated ways than destroying faces and noses on statues. Much of the damage done to the faces of statues and images in Kemet was done by Christians after Egypt converted to Christianity and rejected their African indigenous traditions for one that was foreign. There are drawings of the Sphinx prior to Napoleon that show it with the nose already damaged.

The Egyptian Arab historian al-Maqrīzī wrote in the 15th century that the nose was actually destroyed by a Sufi Muslim named Muhammad Sa’im al-Dahr. In 1378 CE, Egyptian peasants made offerings to the Great Sphinx in the hope of controlling the flood cycle, which would result in a successful harvest.

Outraged by this blatant show of devotion, Sa’im al-Dahr destroyed the nose and was later executed for vandalism. Whether this is an absolute fact is still debatable. The sketch in this group was made in 1737 and shows the nose was already missing. Napoleon did not arrive in Egypt until 1798.