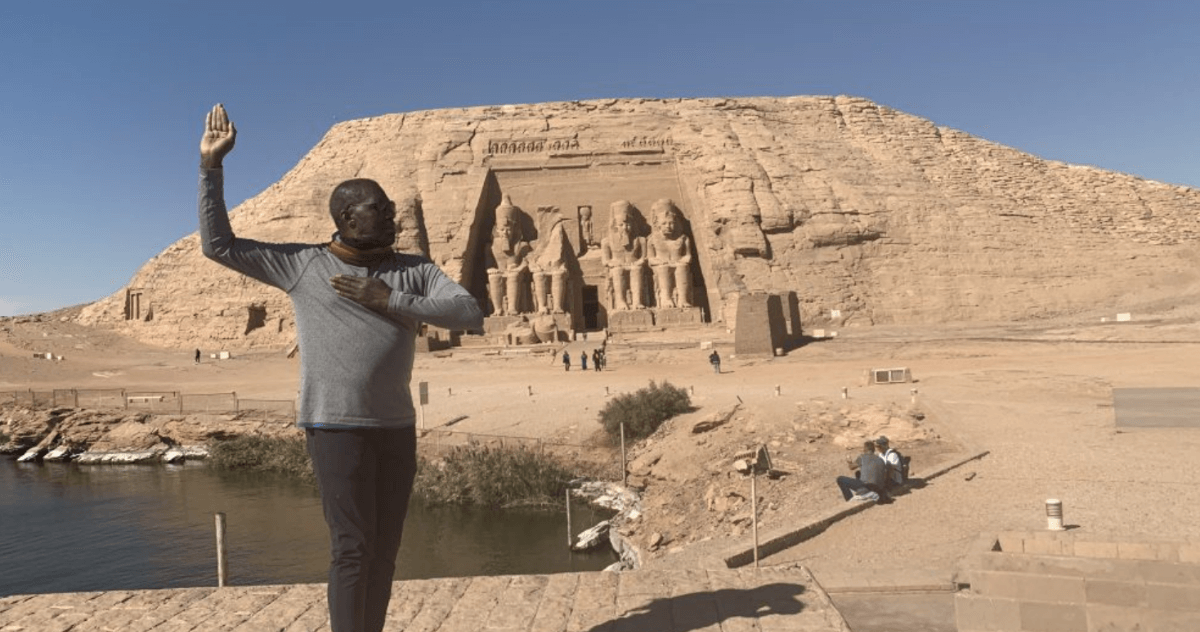 The topic of the Bible came up in our Yoga class today.  I feel that every individual is entitled to believe whatever they choose but a belief or faith does not equal fact, reality, or anything that has actually occurred historically.  In my opinion, valuable information, insight, inspiration, instruction, and principles that can guide moral and ethical behavior can be found in many texts from many cultures across the globe. This holds true for Africa both “ancient” and “traditional”. No culture can claim exclusive ownership of truth or be chosen by the supreme being creator of the entire infinite universe.  Any writing that makes such claims of exclusivity should be judged as inauthentic.

What needs to be remembered is that the Bible is not a book, written at one time by one person. It is a collection of writings written by a wide variety of individuals who wrote about topics that were not even contemporary to the times that they lived in.  Much of the literature of the world whether it is meant to be sacred, fictional, or historical is propaganda in the sense that it is designed to justify and advance the position of the culture or society from which the writer comes from.

In the case of the Bible, we can authenticate this perspective by simply subjecting many of the claimed events, personalities, and occurrences to unbiased historical analysis.  When we are told that a story in a “sacred” text is meant to be allegorical or a metaphor for a higher truth, we can easily accept this and embrace the mystical truth that it exudes.  When we are told that a story of the punishment of humans by the Creator is a fact that warns us to adhere to a certain doctrine under threat to our life or well being, we can easily judge this as propaganda created by the powerful to control the consciousness and behavior of the masses.

These propagandistic strategies do not only exist in Biblical texts but also in writings considered sacred by many in Asia.  Under Hinduism entire groupings of humans are said to be relegated to a life of virtual servitude and oppression via divine edict for generation after generation into perpetuity.  The question becomes in whose best interest does such an edict serve and the answer identifies the source of the lie.

In my view, sacred texts that are written to inform and uplift the human spirit are presented as allegory and symbolic of larger truths and not as devices to justify the domination of one group over another.  If that impossible to identify and quantify force we call God is the source of all-encompassing divine love, then it cannot be the embodiment of petty human qualities like loneliness, anger, jealousy, or the purveyor of vengeful murder and mass genocide.

People of African descent and indeed all of the global human community have been intentionally and systematically denied knowledge of the tremendously huge cornucopia of written texts and oral traditions from Africa and most other indigenous cultures.

We are taught to consider our own sacred wisdom as primitive and the ramblings of superstitious devil worshippers.  We are taught to consider the wisdom and knowledge of our own ancestors who accomplished feats that no one has ever duplicated to be based upon evil while simultaneously being told to believe we are meant to be enslaved, oppressed, and guilt-ridden by those who profit from our degradation and belief in our own inferiority.

All of these lessons of our inferiority and need to be subjugated are contained in the Bible.  The false story of humanity’s innate guilt and lower animalistic nature is contained in the Bible and continues to bind us to a consciousness that only by embracing our own self-erasure can we find salvation.

Books, and the Bible is a book, are published, assembled, edited, and printed by humans who decide on every single word and letter that it contains.  The Creator of the entire infinite universe of reality can easily download wisdom, knowledge, and the ability to be and do good into every human with less than a thought. Yet we are convinced that we are deserving and even in need of eternal damnation for simply behaving as imperfect beings.  Yes, the Bible and many other sacred texts contain morsels of great wisdom and divine guidance that were actually plagiarized from African/Kemetic texts.  But the view of divinity and the nature of humanity contained in the seminal writings of the Bible serves the best interest of the ruling castes of this world and their pervasive world order.