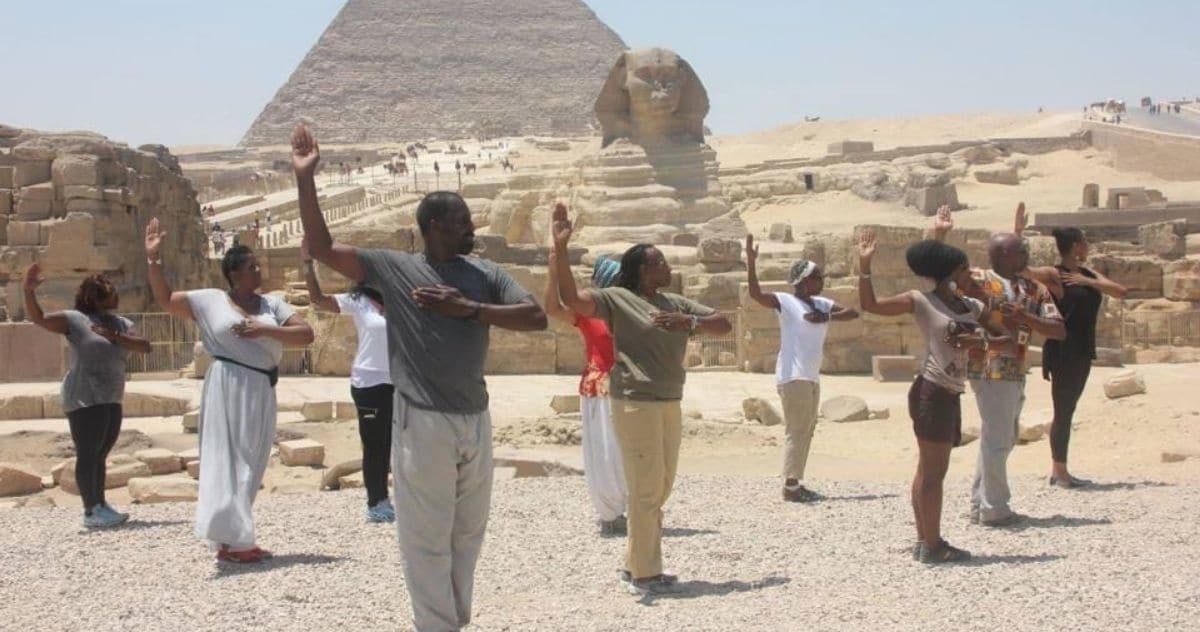 Ancient Kemet (Egypt) and other aspects of Africa are the sources from which western metaphysical thought and philosophy have emerged. Theosophy, Rosicrucian, Freemasonry, as well as all of the western religions, have drawn from Kemet/Africa either directly or indirectly. Even when these western movements have drawn from Indian philosophy, the roots of that philosophy are of African origin and from the original Black builders of Indian civilization.

Africa, Kemet, Kush…..is much more than the confines of the continental landmass as it has been defined over the past 500 years. African consciousness, civilization, philosophical concepts, spiritual concepts and practices, law, metaphysics, etc should be conceived in terms of their global impact.

African consciousness is global because all over the earth, the original humans were Black and the original creator’s high culture and refined spiritual insight. Whether all humans migrated from the confines of what is now called the continent of Africa, emerged independently in various parts of the world or a combination of the two is not as important as the fact that they ALL were Black and Melaninated.

These facts lead to the conclusion of a global consciousness that has created ideas that have always sought to seek the ONENESS OF ALL. This idea of Oneness and the All is expressed in the spiritual science of Africa, the idea of Ma’at, that everything comes from one source and conforms to Law.

This means that each individual should seek to develop an internal consciousness of this Oneness and to express it in everything that is done. Thought, behavior, relationships, politics, law, economics, science, in fact, all expressions of human activity should be guided by an intimate realization of the law….Ma’at.

Africa has always been the greatest expression of Ma’at or the understanding that the nature of everything is balance, order, harmony, reciprocity, and justice. From this philosophical conception, we get the Seven Axioms of Thoth which was co-opted by Europeans and called “Hermetic Philosophy”.

As Africa was invaded, enslaved, and colonized the great centers of learning were dismantled, cities were destroyed, libraries burned, scholars and priests were killed and enslaved. European scholars acting out of their white supremacist, enslavement, and colonial imperative wiped awareness of Blackness as the root of global civilization and culture from the consciousness of humanity. Even the enslaved and colonized Africans and other Black-skinned people across the globe lost awareness of their place in the world, their history, their accomplishments, their importance, and their role.

As Blacks sought to rebuild themselves from the place of starting from this place of destruction, they turned to the religions and philosophical systems that were mere shallow imitations of what their ancestors had created in the ancient lands prior to the holocaust. They turned to Christianity, Islam, Hinduism, Buddhism, and all of the “spinoffs” from those religions and ideas in search of the root of their true consciousness. Blacks would sometimes take these mainstream faiths and radicalize them to fit their growing desire for self-autonomy before realizing that the answers they sought resided in the traditions of their ancestors prior to the formation of these later religious phenomena.

Today we seek to go beyond what others took from us, imitated and distorted. Today we seek to re-discover what existed before the holocaust and the creation of One Dimensional Thought. Our consciousness quakes against the burden of these ideas that are mere shadows of what our ancestors created and often serve the purpose of moving us to worship white people and white gods.

We as Black people, as African people, as the re-birth of Kush seek Self-Realization and Self-Actualization from within and without the facade of these limited and limiting imitation ideas.