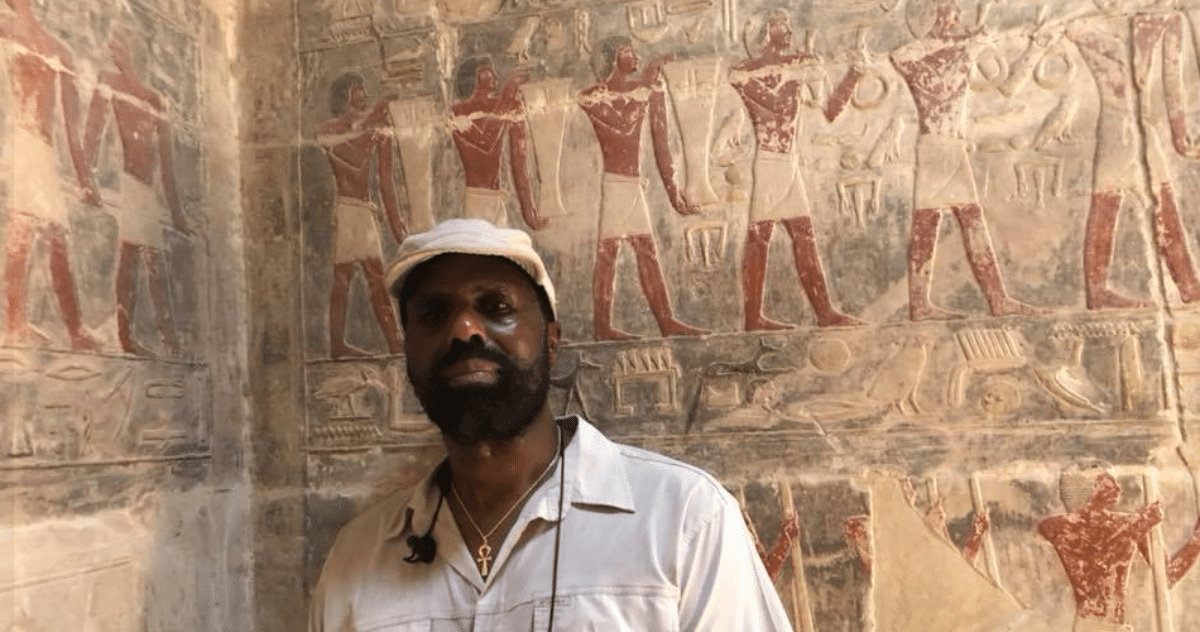 Kemetic Yoga™ is the ancient Egyptian system of Yoga enlightenment based upon the practices of physical movements combined with controlled deep breathing and meditation. The modern version of this ancient system was developed from primary research conducted by Dr. Asar Hapi and Master Yirser Ra Hotep (Elvrid Lawrence) of Chicago during the 1970s.

Kemetic Yoga™ is a healing and regenerative Yoga system that is characterized by a series of geometrically progressive postures that creates alignment of the spinal column and corrects defects in the skeletal muscular system in order to relieve stress, increase blood circulation, nutrient and oxygen supply to vital body systems, and to allow internal life force energy and cerebral spinal fluid to flow more efficiently and abundantly throughout the entire body.

Kemetic Yoga is part of the YogaSkills Method™ of Yoga practice that emphasizes creating conditions through activating the parasympathetic nervous system whereby the body and mind can heal themselves as opposed to extreme gymnastic and contortionist postures that often cause injury and result in useless competitive mindsets that plague the commercial Yoga industry today.

Kemetic Yoga emerges from one of the oldest known civilizations, which in ancient Egypt properly called Kemet in Northeastern Africa, and rivals the evolution of Yoga in India. Kemetic Yoga™ was developed by studying, translating, and interpreting the commonly called hieroglyphic texts of Kemet (ancient Egypt) and the images of Yogic postures that are clearly pictured on the walls of the Kemetic temples.

Kemetic Yoga is both a philosophy and a practice based upon the Kemetic (ancient Egyptian) systems of self-development that fueled the creation of the Kemetic civilization that spawned western science, philosophy, and religion.