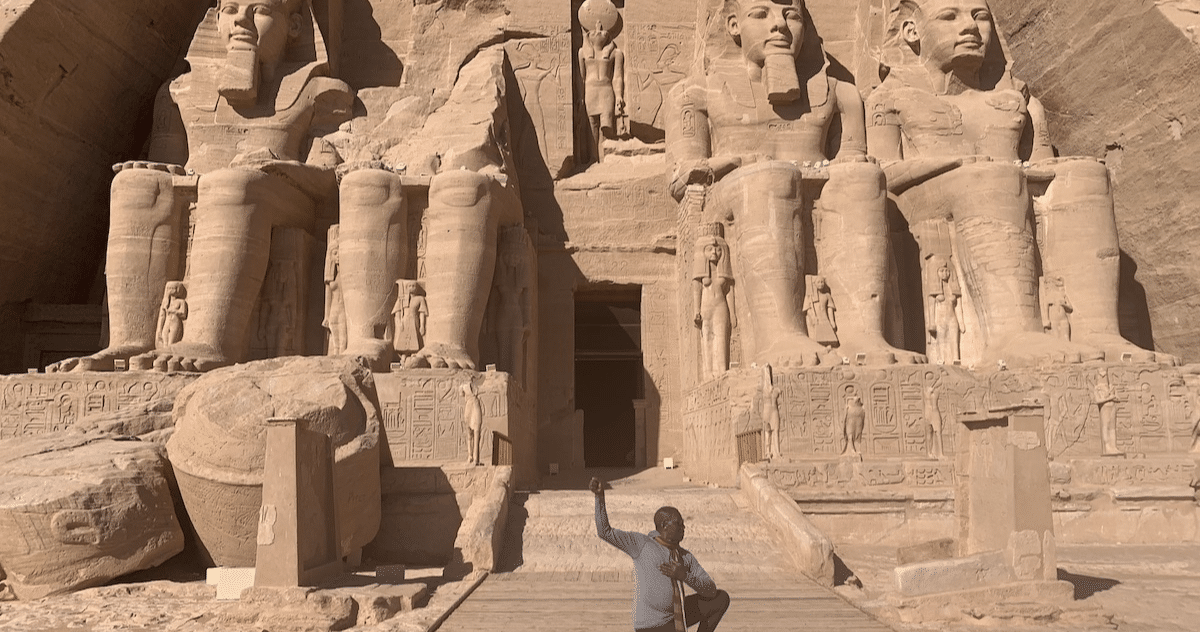 I am performing the Pose of Anpu at the temple commonly called Abu Simbel (not the real name).  Should be called Rameses Meri Amun. I find it interesting that there are some folks amongst us who can see obvious images of ancient Kemites performing martial arts maneuvers and readily acknowledge them even though there is no text stating, “we are doing martial arts”.

For me, Yoga postures are the most represented of all images from ancient Kemet.  I have duplicated those images with my own body, taught others and we all experience the unique effects of performing these postures.  I have traveled to many parts of Africa and witnessed indigenous people performing their own versions of “Yoga” like postures, meditation, and trance states.

Many of the naysayers ignorantly confuse Yoga with simply stretching.  Those who practice Yoga know that number one it is a spiritual orientation and worldview combined with various practices such as movements, postures, breathing, and meditation for physical, mental, and spiritual development.

These practices go by different names in different parts of the world.  In fact, meditation and the attainment of transcendent consciousness are a part of many martial arts practices.  Yet in essence, they are what we can call Yoga.  It is absurd to think that the common human impulse to meditate and go within, to breath deeply and move skipped over Africans because we were not located in a specific country called India.  Many cultures around the world have their own unique methods of attaining transcendent consciousness which is what Yoga is.