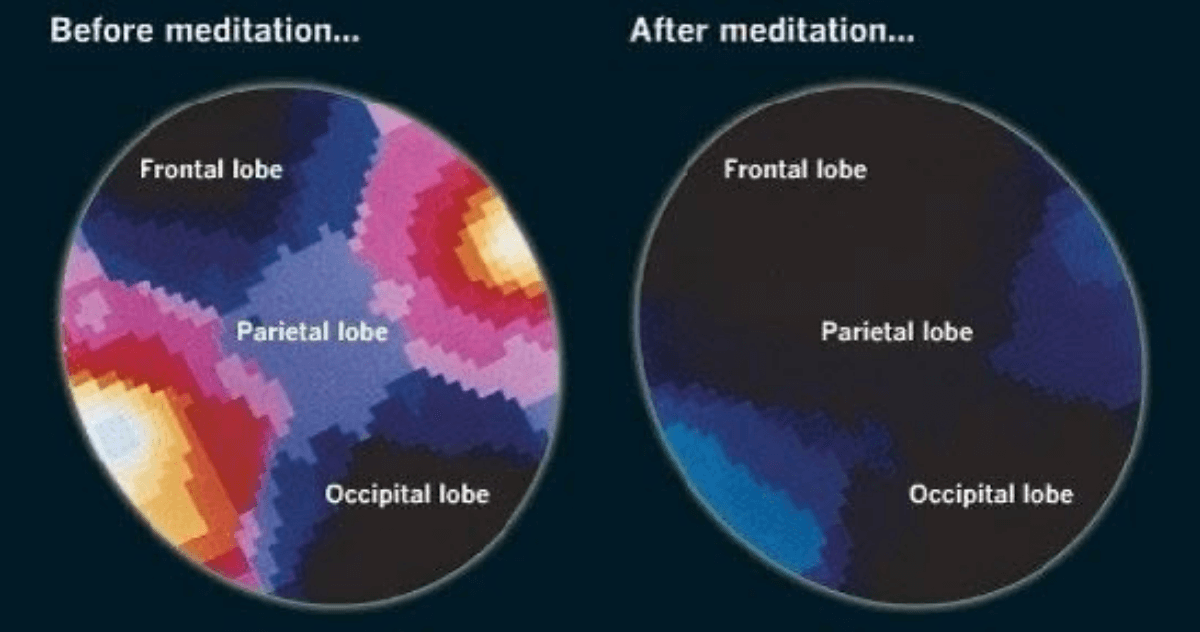 Do we understand that our beliefs, what we think are “facts” are actually simply chemical reactions in our brains that are like receiving doses of dope when we have them?  In other words, we often believe things based not upon an examination of the validity and reliability of the data but because that “idea”, we PERCEIVE is “fact” stimulates an opiate-like reaction in the brain that is re-enforcing based upon previously faulty or false conditioning!

What makes a daily practice of meditation powerful is that it actually dampens down electrical bio-chemical brain activity, especially in the areas of the brain associated with thinking (frontal lobe) and fear formation.  By shutting down these areas of the brain we learn to refrain from automatic, reactionary, impulsive thinking that is based upon nothing but our previously held IMPRESSIONS of what is real and nothing more.

Impulsively reacting to our automatic emotion-based thoughts as if they are deeply examined and vetted reliable and validated data leads to argumentative behavior, conflict, over-the-top zealousness, frustration, anguish, and violence on the personal level, and evil mass political movements on the social level.

Even though we might truly think and believe that we have “studied”, “researched”, “examined” and “fact-checked” our ideas and “fact”, all we have done mostly is engaged in a series of self re-enforcing activities meant to validate our initial illogical or false automatic thought with information that proves our initial bio-emotional reaction while rejecting ALL other ideas and data that dispute that initial reaction.

During meditation, especially meditation that is based upon the proper mindful practices, several psycho-emotional and cognitive benefits occur.

1.  The central nervous system is allowed to shut down, rest, cool off, and reboot

2.  Thinking ceases and only observation remains so that self-examination and assessment can take place

3.  Pre-held ideas, beliefs, emotions, and COGNITIONS are laid bare for the purpose of examination and sober discard of inappropriate, untrue, and self-defeating energies.

Some books that validate these statements based on solid research are “Biology of Belief” by Bruce Lipton and “Molecules of Emotion” by Candace B. Pert.

In the book “Ancient Future” by Wayne B. Chandler these issues are taken up in metaphysical perspectives and from ideas from ancient ancestral wisdom related to the seven guiding principles of Kemet (ancient Egypt).  Edward Bruce Bynum also tackles the idea of consciousness formation in his seminal works “The African Unconscious” and “Dark Light Consciousness”.

The person who is seeking true wisdom learns to become cleansed of ALL previous conditioning, completely clear the mind and the CONDITIONED BRAIN, and engage the world with silence and observation rather than the surety of ego-driven argumentative “knowing”.   A long period (years) of silent reflection, self-study, self-examination, and ego destruction is needed before one should have ANYTHING to say.